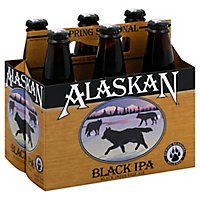 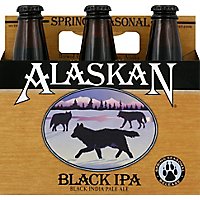 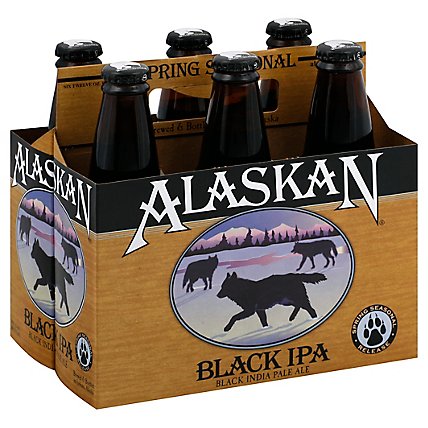 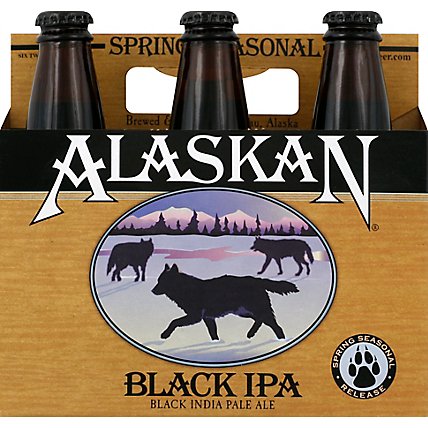 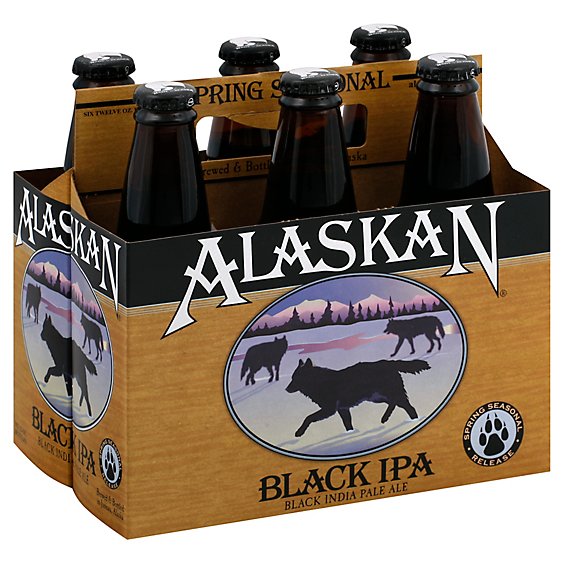 Spring seasonal release. Hidden among 1,500 square miles of the Juneau Ice Field, the pristine waters of Alaska's Inside Passage and the bear-lined shores of Admiralty Island, Alaskan Brewing Company quietly brews some of the world's most award-winning beer in Juneau, Alaska. Like the land that inspires them, Alaskan beers are anything but ordinary. The same can be said of those who drink them. Graphic artist, Lauren Giusti, depicts a pack of Alaskan wolves wandering the ice in early spring. She has been the designer of Alaskan Brewing labels and packages since 1986, when the brewery began. Spring in Alaska. Alaska's frozen rivers and lakes begin to melt as the rising temperatures of spring breakup release them from winter's icy grip. Wolves tread carefully on this ever-changing terrain during their daily treks of 30 to 125 miles through territories that can range up to 1,000 square miles. Alaska's highly social wolves roam in packs, their silver and black coats providing a stark contrast to the icy plains and alpenglow of the snow-covered tundra. Alaskan Spring Ale welcomes the changing season as wildlife and humans alike emerge to savor the arrival of spring. 6.4% alc/vol. Brewed & bottled in Juneau, Alaska. Made in Alaska.

Contains: Government Warning: (1) According to the surgeon general, women should not drink alcoholic beverages during pregnancy because of the risk of birth defects. (2) Consumption of alcoholic beverages impairs your ability to drive a car or operate machinery, and may cause health problems.