Shopping at
Delivery at
Pickup from
Reserve a pickup time Reserve a delivery time
View my Orders
$30 Off DriveUp & Go™ Pickup Orders
Get $30 off your 1st online order at (displayableBanner) when you spend $75 or more on DriveUp & Go™ pickup orders. Use code KBSAVE30. Start Shopping!
Editing order for  Review Edits 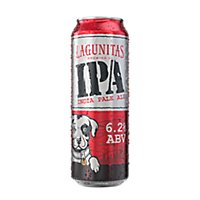 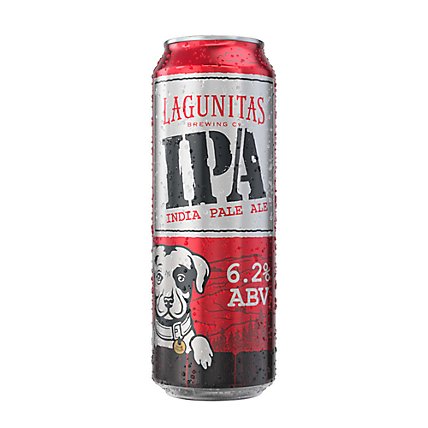 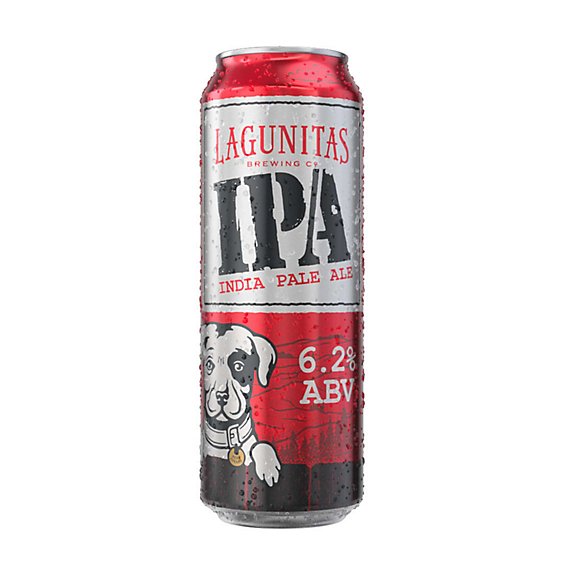 Say hello to Lagunitas IPA, the gold standard of our hop-forward approach to brewing. Our original and flagship IPA, Lagunitas IPA sent us down the path of brewing edgy brews. This highly balanced and super drinkable malt beer was dreamed up in California 30-odd years ago amongst the redwoods, rugged coastlines and rolling hills of Sonoma County. It's West Coast IPA all the way. It's also so doggone good that it's now brewed from Petaluma to Chicago and beyond. Yet, somehow, this particular IPA found its way into your reality at this very moment. Whoa. Life is uncertain, don’t sip!

I don't know the set time and such yet, but there'll be a round with you - if it can work out, I'd meet them. Thanks for choosing to spend the next few minutes with this fine ale. Savor the moment as the expensive Hop Character engages the imperial qualities if the Malt Foundation in combat on the battlefield of your palate. Life is uncertain, don't sip! Call us 707.769.4495. Cheers! Alc by vol 6.2%. Brewed by The Lagunitas Brewing Company Petaluma, Calif. & Chicago, Ill.

Already have an account? Sign in
Welcome We’ll need to set up your preferences to get you started with your first Schedule & Save order.
Continue
Something went wrong Sorry for the inconvenience. Please try again
Scheduled!
We will send you notification through email when your order is in process. Click on Manage to visit your Manage Schedule & Save page for more details.
Continue Shopping