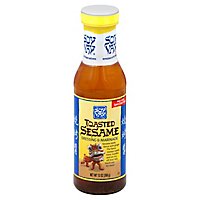 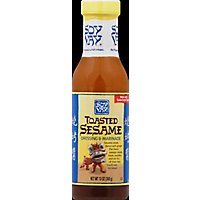 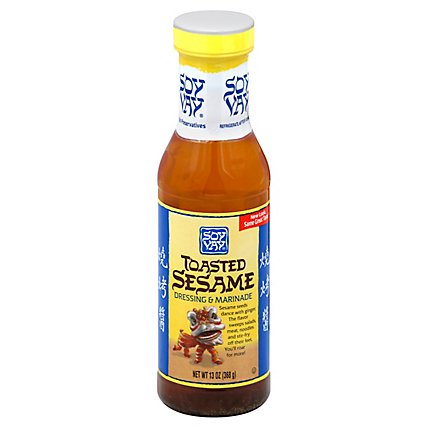 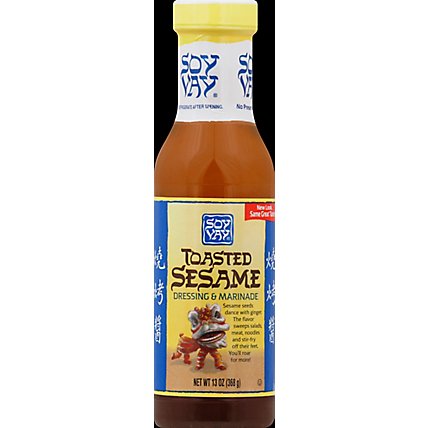 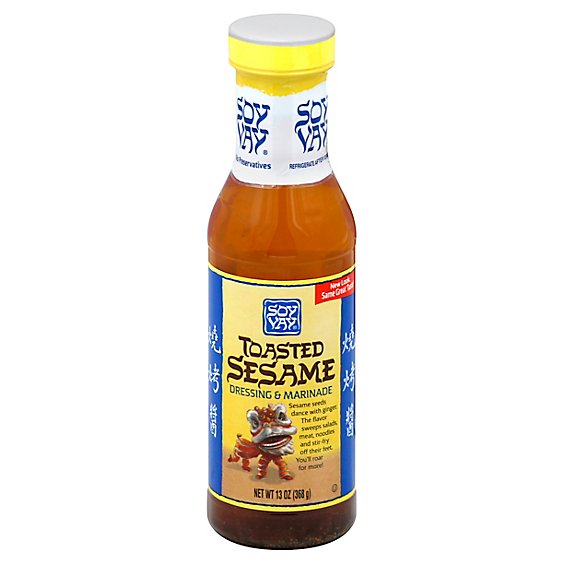 Sesame seeds dance with ginger. The flavor sweeps salads, meat, noodles and stir-fry off their feet. You'll roar for more! Same great taste. No preservatives. Open sesame! In 1982, a Jewish boy and a Chinese girl combined their family secrets to create rare and wonderful marinades - some call them hidden treasures in a bottle. Just open this Toasted Sesame Dressing & Marinade and discover a bounty of flavor that enriches salads and other foods - with high-quality ingredients like toasted sesame seeds, ginger and expeller-pressed oils. (Preservatives? Not in this bottle.) Formerly called Cha-Cha Chinese Chicken Salad Dressing, it's worth its weight in gold. Easy to use whether you're grilling, baking, broiling, stir-frying or whatevering. Now in plastic, because breaking it would be a shame. No preservatives. Bottle is BPA-free. For recipes and tips, drop by SoyVay.com.